Aircraft of the Week – Nextant 400XTi

The Nextant 400XTi is a unique aircraft, but is not technically an aircraft, but a modification. The Nextant 400XTi is an updated hawker 400, which according to Nextant, has been completely rebuilt from the ground up, with the exception of the fuselage. But the engines are replaced with better fuel efficient and more powerful engines, the wings have been modified for a stable flight at high speeds and the ability to cut down fuel costs. The 400XTi also has completely updated avionics and cabin, making this aircraft worthy of a name more than just a modification, but a full blown aircraft.
While the 400XTi and the Hawker 400 may share some similarities, the Nextant 400XTi is a much better aircraft in every aspect. It is faster, flies farther and even goes so far as to beat the majority of the light jets on the market in terms of speed, range, operating cost, and even price. At $4.9 million, the Nextant 400XTi is under half the price of competing light jets such as the learjet 40/70 which costs a massive $10 million. Nextant has added an amazing composite shell interior to the 400XTi. These modern materials change the experience of the Nextant 400XTi, allowing more passenger space where its needed. The 400XTii has the quietest cabin in its class with the acoustic insulation package that lowers ambient noise by 9 dB in the region of 50% quieter than the competition. Coupled with state of the art cabin entertainment and communications systems, the 400XTii is an elegant example of comfort and productivity.

Nextant has this to say about the technology advancements of this aircraft: 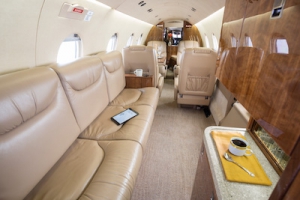 “Nextant completely redesigned the engine cowlings and pylons after performing computational fluid dynamics (CFD) analysis. The CFD revealed a supersonic shock wave generating excessive drag between the original engine nacelles and fuselage at normal cruise speeds. The redesign eliminated drag, reduced fuel consumption, delivered additional range and provided for simplified engine service access reducing maintenance downtime and costs.
The 400XTi’s exceptional range for a light-cabin jet is largely due to the revolutionary FJ44- 3AP engine, which is significantly lighter and more fuel efficient than its predecessors (by up to 32 percent). Full Authority Digital Engine Control (FADEC) eliminates the need for a thrust reverser- further reducing weight and operating costs while improving operational reliability. The addition of the auto-throttle saves fuel and greatly reduces pilot workload, especially at critical phases of flight. The engine is also significantly quieter, allowing the 400XTi to meet Category IV noise compliance regulations.
The Rockwell Collins Pro Line 21 avionics system is at the heart of the most modern business aviation cockpits. The uncluttered instrument panel features just 4 LCD screens, and the iconic glass cockpit allows pilots to have a better awareness of flight progress, weather, traffic, and other hazards.”

Nextant has made great strides in business aviation with its 400XT, not only is this aircraft cheaper, it is better in every way compared to the original Hawker 400 platform. This business jet leaves no room for anything but excellence. This light jet is a marvel of engineering, and has really opened up the doors to other manufacturers to do the same with other old and forgotten aircraft. Refurbishing aircraft to this degree isn’t anything unheard of, but Nextant has done a great job of making the best all around light jet available on the market.