Saturdays Aircraft of the Week – Eclipse 550

The Eclipse 550 is a 4 passenger VLJ (very light jet) capable of flying 1,125 nmi at a maximum cruise speed of 430 mph. A max range of 1,125 mmi is quite a short distance in the private jet game, but we do not give the title of AOTW (aircraft of the week) lightly. 1,125 mmi is enough range to fly between New York and The Bahamas without a fuel stop. East coast to west coast flights will require a fuel stop, but this aircraft is not designed for cross continental flights. The eclipse 550 is a updated version of the already commonly usedEclipse 500, with updated avionics and safety features. The Eclipse 550 burns a maximum of 59 gallons an hour with it’s tiny engines, over double the fuel economy of any standard light jet, also making it the most fuel efficient twin-jet aircraft in production worldwide. 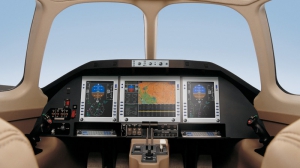 This VLJ is one of the most maneuverable and flexible light jets available for charter. With the ability to take off in under 2,500 ft, and land in under 2,800 ft, this aircraft is capable of landing at nearly every airport in the world. The Eclipse 550 is a pilot’s dream; it’s one of the smallest, most advanced very light jet in the world, with features such as Terrain Awareness Warning System, DME (allowing for international flights), Auto throttle as part of the autopilot systems. Eclipse has already proven themselves with the Eclipse 500, and managed to make a second revision in very little time with features on par with much larger more expensive aircraft, all of this while maintaining an unbeatable cost of under $3,000,000. 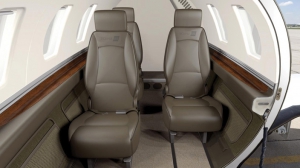 In terms of charter, an eclipse 550 costs approximately $2,000 an hour to charter, with most flights lasting a maximum of 3 hours, short flights midway across the United States are just perfect for an aircraft of this calibre. With updated safety measures, the Eclipse 550 is a great way to travel. The interior is perfect for a VLJ, with 4 seats in a configuration with plenty of space and leg room. There is no need for an onboard lavatory for a short range aircraft these days, as most short distance flights remain under the 3 hour mark. With fully customizable interiors, beautiful leather seats, this aircraft’s colors can be tweaked to your liking, as well as the seat configuration, even allowing you to move seats mid flight.

All in all, the Eclipse 550 takes the gold medal for any production very light jet. More will be coming in the near future, but few will be able to beat the Eclipse 550 in efficiency or safety features. An already successful aircraft type was updated by a company that seems to know how to build the perfect VLJ. Wether you are a pilot or a passenger flying a distance under 1,125 nmi, the Eclipse 550 should be the first aircraft to consider.