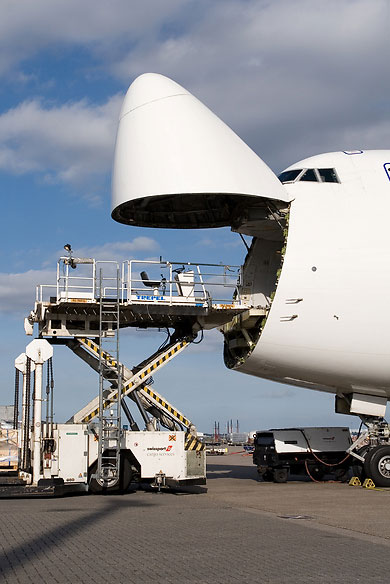 Shipping PPE from China, Malaysia, India and Vietnam to the US and South America at the best prices.

With over 12 747-2/4/8F available to ship your Masks Gloves and Respirators the AirCharter.com Cargo team has been busy taking care of customers like you during the Covid-19 pandemic.

The Boeing 747-200F freighter is the all-cargo transport variant of the Boeing 747 family of aircraft. While using the updated systems and wing design of the passenger versions, it features the original short upper deck found on the classic 747s in order to save weight. Boeing has stated that there are about 300 747 freighters in operational service, carrying about half of the world’s freighter air cargo. The 747 family of freighters make up two thirds of the world’s wide-body freighter fleet.

The model’s first flight was on May 4, 1993, and it entered service with Cargolux on November 17, 1993. Major customers included Atlas Air, Cargolux, China Airlines, Korean Air, Nippon Cargo Airlines, Polar Air Cargo, and Singapore Airlines. The −747-200F can be easily distinguished from the passenger −747-200F by its shorter upper-deck hump and lack of windows along the main deck.

The 747-200F has a main deck nose door and a mechanized cargo handling system. The nose door swings up so that pallets or containers up to 40 ft (12 m) can be loaded straight in on motor-driven rollers. An optional main deck side cargo door (like the 747-200FM (Combi)) allows loading of dimensionally taller cargo modules. A lower deck (“belly”) side door allows loading of unit load devices (ULD) up to 163 cm in height. Boeing delivered 126 Boeing 747-200F aircraft with no unfilled orders as of November 2009. The last −400F was delivered to Nippon Cargo Airlines on August 2, 2008.

The 747-200F is equipped with a two-crew glass cockpit, which dispenses with the need for a flight engineer, along with more fuel-efficient engines, an optional fuel tank in the horizontal stabilizer, and revised fuselage/wing fairings. The aircraft also features an all-new interior with upgraded in-flight entertainment architecture.

The hump-backed Boeing 747 is one of the most famous passenger jets of all time, known as the “jumbo jet” or “queen of the skies”. The plane was developed by plane manufacturing giant Boeing in the mid twentieth century, and has been extensively used by NASA and the US military, as well as the military of numerous other countries.

The Boeing 747-200 was specially designed to increase the range of previous models. While the 747-100, powered by Pratt & Whitney JT9D-3A engines, offered enough payload and range for domestic operations, the improved 747-200 featured more powerful engines as well as greater range and MTOW. The 747-200F was the cargo version of the model, specially designed for bearing heavy and bulky freight over long distances. The 747-200 was also manufactured in passenger (-200B), combi (-200M) and convertible (-200C) versions. The 747-200F, which had a capacity of 105 tons (95.3 tonnes), first entered service in 1972 with Lufthansa.

In 1985, the Reagan Administration ordered two identical 747s to replace the White House’s Boeing 707s, which had served as Air Force One since 1962. Interior design was by First Lady Nancy Reagan, who took inspiration from the American Southwest. The aircraft, designated VC-25A, were finally delivered in 1990, during the administration of George H. W. Bush.

Get a Cargo Quote 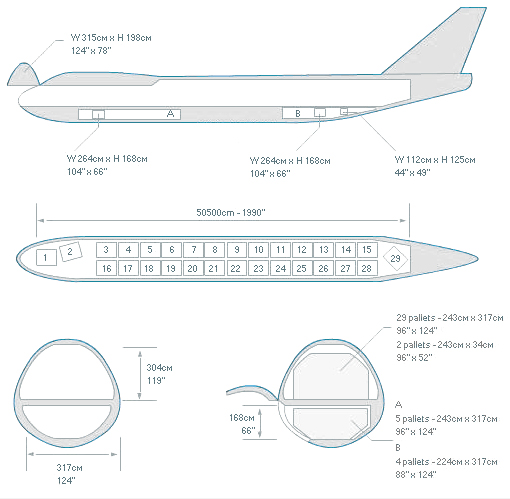 The Boeing 747-200F can carry loads of more than 100 tonnes on long-haul flights of up to 13 hours duration. It has side and nose loading doors so can transport a wide range of cargo.

GET A CARGO CHARTER QUOTE