While it may seem that ownership, even partial ownership of a private aircraft affords unparalleled convenience, the reality is far different. Whether the issue is a last minute booking, scheduling an intricate itinerary, or making certain that specific requirements are attended to, private air charter can generally meet or exceed the services offered by a fractional ownership broker. For example, while many fractional companies offer an 8 hour booking to take-off guarantee, Air Charter typically can provide an aircraft within 2.5 hours. With over 55,000 private aircraft in our worldwide network, you have unparalleled choice.

Is it really worth it?

While the hourly charge of flying your fractional ownership aircraft may seem lower than private air charter, the true story is more complicated. Consider the fees the owner of a fractional must pay: in addition to the purchase of the share in the aircraft, there are also monthly maintenance and operating fees, along with insurance. And on top of all that, you will still pay an hourly fee for flight time. In contrast, when you book a flight through Air Charter, all you are paying for is the flight. When you add up all of these costs, AC’s hourly rate may be one-half to one-third less than the typical fractional aircraft company’s total hourly rate for a similar class of aircraft. You should also be aware that the monthly operating expenses charged by fractional companies are generally much higher than their actual costs of maintaining and operating the aircraft. Also, when the fractional company sells the aircraft at the end of the term of your contract, you will only recoup a fraction of your original investment. With Air Charter there are no hidden fees. You will be quoted the total cost of the flight – and that’s all there is to it!

The concept that the fractional company’s aircraft are all brand new, so therefore must be safer, is a myth. Our entire network of aircraft are rigorously maintained according to CAA standards, and each is equipped with the latest avionics, including GPS and TCAS to ensure your safety.

Fractional aircraft owners who were assured five years ago when business aviation was booming-that their shares would retain 75-80 percent of their value are discovering to their dismay that those shares have in some cases retained as little as 50 percent of the original worth. 'It's the first real test of the fractional ownership system', said one observer, 'and some of the share owners aren't liking what they're seeing.' 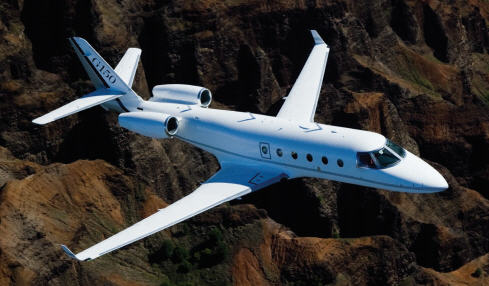 It is simplistic to believe that fractional ownership is equivalent to owning your own aircraft. It would be similar to owning a time-share apartment and believing you own the whole resort. The truth is, while you technically own a share in a particular aircraft, in effect you have a contract with the fractional company that allows you to use any equivalent aircraft in the company’s fleet for a specified number of hours each year. You will rarely, if ever, fly on the aircraft you partly own. And, unlike an aircraft you own, you have no say over who uses ‘your’ aircraft and how often it flies or how far it goes. All of those decisions are in the hands of the fractional company managing the program. Private air charter is clearly the much more economical and convenient choice.

There are many plans for selling blocks of air travel time, and more are invented every day. But rarely are there any advantages over ad hoc private air charter. The problem with schemes like charter block membership is that, like fractional ownership, they require the prospective company to pay a great deal of money up front. The saving you will make by utilizing traditional private air charter, as and when you need it, is substantial – and without any commitment at all.

Air Charter has reviewed the various options available and the independent findings are listed below: