Previous Next
The Most Expensive Private Jets Available

The Boeing 747 is known for being the one of the notoriously fuel consuming aircraft, with a very high cost of operation. A brand new 747-8 can cost upwards of $350 million in a standard configuration. It is technically possible to spend over $80 million building a custom ultra VIP interior easily making it the most expensive private jet of all time. Boeing 747s are becoming increasingly difficult to find for private ownership, as many of the 747s in circulation have been moved to the Middle East, Asia, and Europe. Since the Boeing 747 offers near-unparralleded cabin space, as well as massive intercontinental range, it makes the Boeing 747 VIP one of the greatest private aircraft to have, as well as the title for most expensive private jet.

The BBJ3 is technically the most expensive private jet, as it is built for ultra VIP configurations right off of the assembly line, while the larger 747 is configured with a standard 1-3 class configuration including hundreds of seats. The BBJ3 is based on the preexisting Boeing 737-900ER, an extended range variant of the 737-900, this makes the BBJ3 capable of flying nearly 5,500 nautical miles, a tad shorter than the range of the BBJ2, but with a much larger cabin and higher airspeed. Costing anywhere from $75-90 million, this widebody easily makes the list of most expensive private jets. 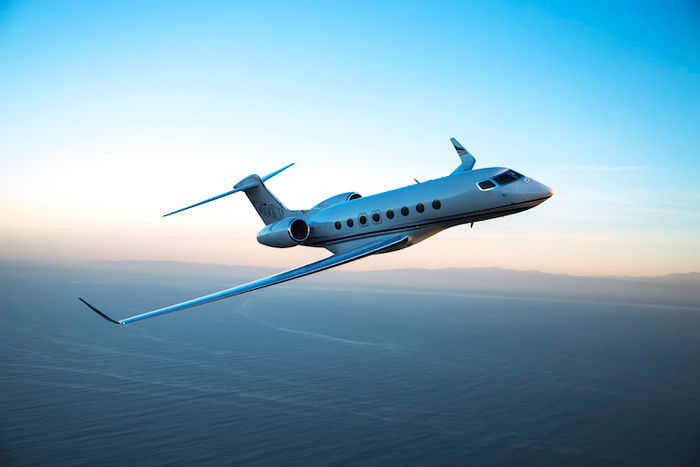 Gulfstream’s latest and greatest ultra long business jet is capable of flying 7,500 nautical miles, utterly destroying the competing long range business jets and even commercial airliners. Costing a hefty $64.5 million, this jet is the most expensive private jet in it’s category (topped only by airliners). The G650ER is worth upwards of $75 million on the aircraft marketplace currently, as demand is still very high and supply is slow and steady, with current orders being delivered in 2018. With all of the in cabin amenities and luxury options offered by the G650ER, there is no doubt about why it is such a popular aircraft. 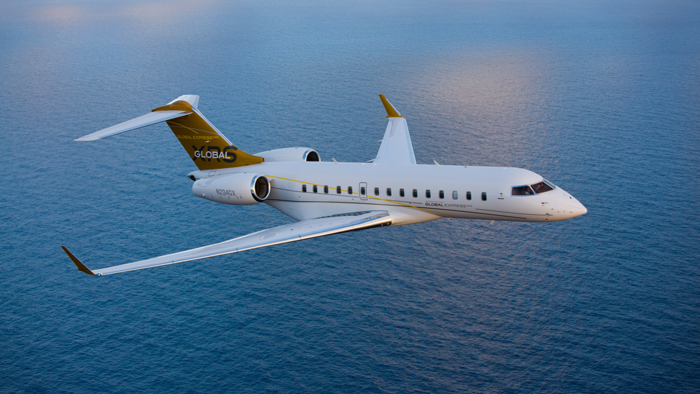 Bombardier’s Global Express 6000, previously known as the Global Express XRS until a change in nomenclature is a well known and beautiful private jet, offering many of the same options as the Lineage 1000 or the Gulfstream G650ER. With a $55 million purchase price, the Global 6000 offers a coincidental 6,000 nautical mile range, enough to fly nearly any city pair you could imagine. Capable of carrying 19 passengers, or lesson a ultra VIP configuration with a bedroom and full sized shower onboard. The Global 6000 is far from the most expensive private jet, but still in the top 10, and a popular enough aircraft to mention in this list. 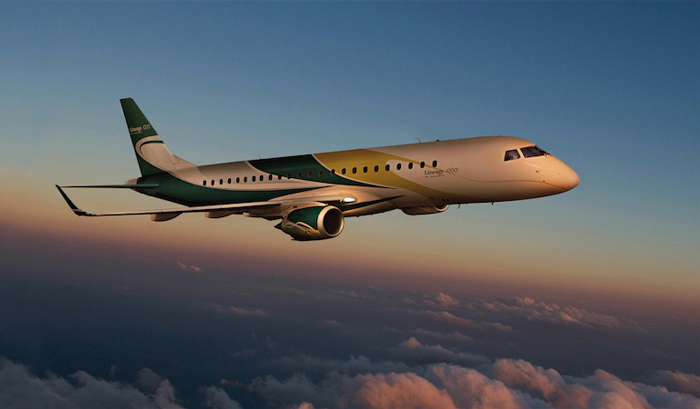 The Embraer Lineage 1000 is a narrowbody aircraft which sits between Bombardier’s Global Express and the Boeing BBJ1. Costing approximately $50 million, this aircraft is one of the most expensive private jets on the market currently. The Embraer Lineage 1000 further modifies the Embraer 190 by dropping the cargo area for a much needed upgrade: fuel tanks, this nearly doubles the range to 4,500 nmi. the Lineage 1000 boasts more space than competing business jets (G650 & Global Express), great luxury features, and who can say no to a full sized shower on a business jet? More on par with a BBJ, the Embraer Lineage is a great aircraft for charter, and Embraer have really outdone themselves on building a jet this remarkably stunning. 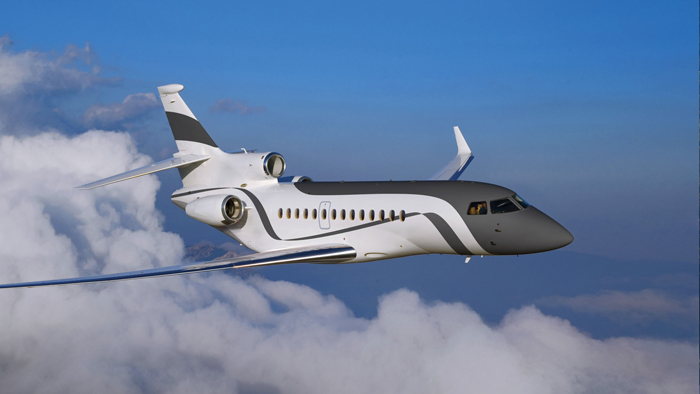 The Dassault Falcon 7X is a very expensive private jet, but not when compared to jets in its category. It remains cheaper than it’s direct competitors: the Gulfstream G650 and the Bombardier Global Express. Costing approximately $50 million, and offering many of the same features as other long range jets such as: 6,000 nautical mile range, a large cabin, and the ability to fly at mach .90 and land on a shorter runway than it’s competitors. All in all, the 7X is a great, modern aircraft capable of everything you would expect and more from one of the most expensive private jets. 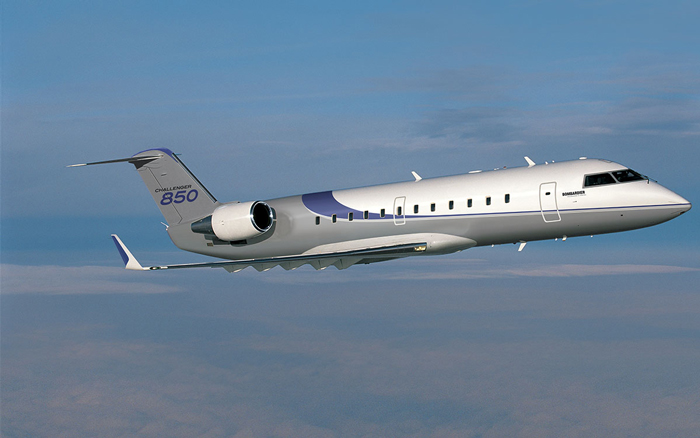 The challenger 850 is based on the CRJ200, a 50 passenger regional airliner, most similar to the Lineage 1000, the Challenger 850 is a narrowbody airliner with a similar cabin size but at a price point $18 million less expensive than the Lineage 1000. The Challenger 850 costs approximately $32 million and offers a high speed cruise speed of mach .80 as well as a range of 3,200 nautical miles. While the range may fall short compared to much longer range jets such as the Gulfstream G650ER, the size and comfort of the aircraft easily make up for it.