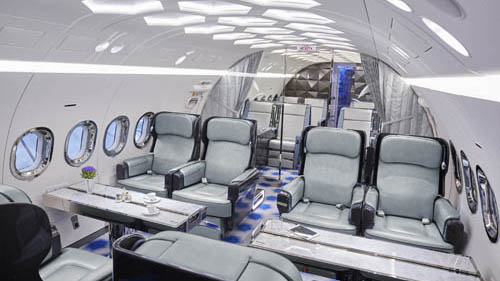 The new BBJ, which boasts a front-end bedroom, eight VIP, eight business class and 18 standard seats, arrives in the UAE capital as Royal Jet announced a leadership shake-up with its first managing director appointment going to His Highness Sheikh Mohammed Bin Hamad Bin Tahnoon Al Nahyan. He will join forces with recently-appointed President and CEO Rob DiCastri who says the award-winning carrier is entering a “new era” where “change is in the air.”

DiCastri says Royal Jet management is now reviewing the company’s strategic fleet plan announced two years ago to bring it up to date with today’s commercial realities. “We are actively looking at the overall size and mix of our fleet and are constantly consulting with our wide range of customers to ensure we have a product and a service which satisfies their diverse needs,” he said.