Just like a car in winter, a private jet left outside will be exposed to the weather and will become covered in ice and snow. So you will need a Private jet De-icing.

Unlike a car, it is a legal requirement to remove all ice and snow from an aircraft before it takes off (see why must a private jet be de-iced).

The term ‘de-icing’ refers to the removal of snow and ice that can build up on an aircraft in cold conditions. At AirCharter.com, we understand that the subsequent delay and cost caused by this process are frustrating. However, above all, passenger security is the priority and private jet de-icing is crucial to ensuring a safe flight. This guide will explain why a private jet de-icing is essential, the different options available and how much it costs, as well as providing a few tips to reduce or avoid private jet de-icing fees. 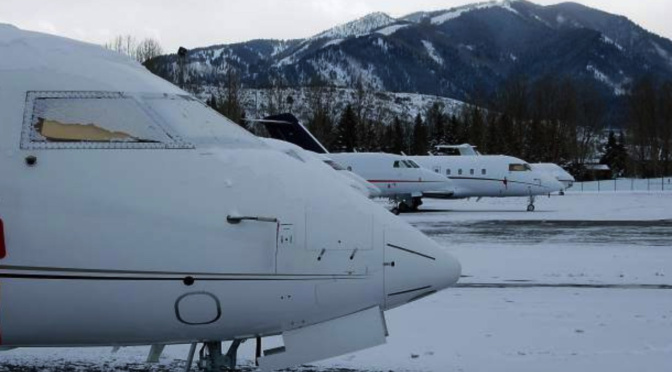 For your safety, private jet de-icing is often required during icy and snowy conditions. This is a legal requirement prior to takeoff. In severe winter weather, multiple de-icings may be required.

As it cannot be predicted if and how much de-icing fluid is required prior to a flight, the aircraft charterer is liable after the flight for the cost of any ground de-icing required. This is industry standard practice and set out in Air Charter’s Standard Charter Terms which does not include de-icing and is normally paid for after your trip is completed.

Private Jet De-icing charges are usually invoiced at cost price after the flight is completed.

If de-icing is then required, we will contact you to arrange payment of the cost price.

How is a private jet de-iced?

Just like de-icing a car window or , de-icing fluid is sprayed onto a private jet. This fluid has either (or both) de-icing or anti-icing properties.

The private jet de-icing fluid is often applied at a high temperature and is normally orange in colour. This helps to indicate where the fluid has been applied.

Private jet customers are often asked to be on-board during the de-icing process. This allows a quick take off after their private jet de-icing.

How much does it cost to de-ice a private jet?

Who pays when a private jet is de-iced?

How to avoid paying de-icing costs?

Private jet pilots can avoid de-icing by arranging for their aircraft to be kept in a hangar. However at some airports the cost of overnight hangarage can be more expensive than a private jet de-icing. Many private jet airports do not have hangar space available and so the aircraft will be exposed to the weather prior to your private jet flight.

At some private jet airports, passengers can board their private jet inside the hangar before it is towed outside. In winter periods this is a favorite customer service tip used by Air Charter for our members.

Air Charter unbeatable prices makes us the best choice for ski flights. Therefore, we know the best ways of reducing the price of, or even completely avoiding, private jet de-icing, as it has often been required to ensure the safety of our clients on their ski vacation.
Our Air Charter team always reviews every detail of your flight plan the night before you are due to fly. This includes checking the weather conditions for the following day, so you will always be aware if a private jet de-icing is a possibility of the private jet. This can save you time and money.
In unfavorable conditions, it might be prudent to rent a hangar for the night before take off to completely avoid the need to de-ice the aircraft the following day. The economic viability of this clearly depends on hangar rental costs which vary from airport to airport, as well as hangar availability.
Alternatively, if possible, using a heated hangar just before your flight can help reduce private jet de-icing costs or even avoid it.
If a private jet de-icing is inevitable, Air Charter will always inform the operator of your exact arrival time at the terminal. Keeping the operator informed will ensure that the private jet de-icing procedure starts on time, thus reducing the length of delay. This also will avoid the risk of the need for de-icing fluid to be applied twice, which would double the fee.
Providing a safe flight and superior service to our clients is of the utmost importance for Air Charter. Each flight is different and requires special attention and a Air Charter adviser will be assigned to your individual flight from beginning to end to guarantee that your trip goes as smoothly as possible.
To book your flight or for more information regarding winter flights, private jet de-icing or your upcoming trip, please de not hesitate to call the Air Charter team at +1 212-999-4926. 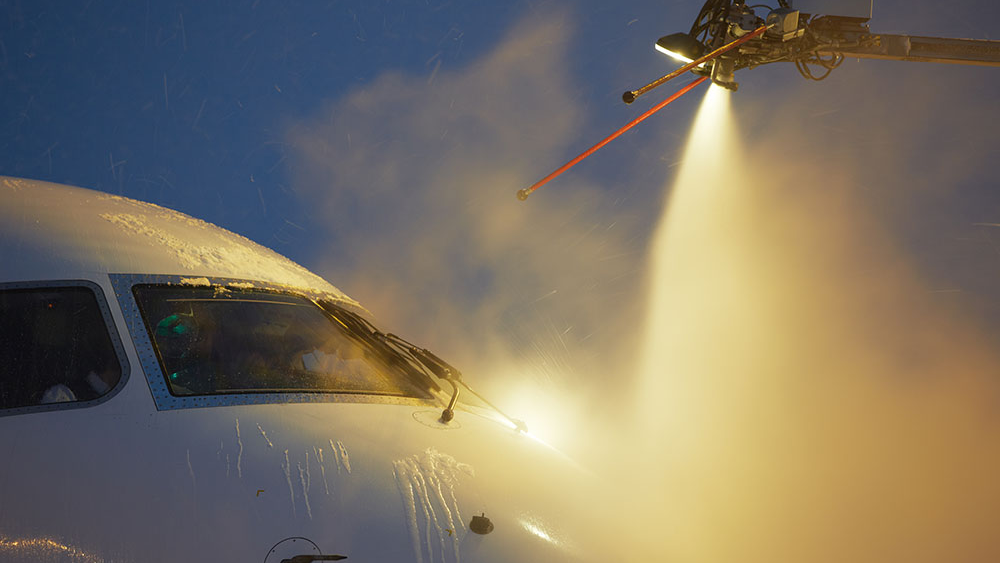 Why must a private jet be de-iced?

It is a legal requirement for all ice and snow to be removed from an aircraft before it departs from an airport.

The wings and rear tail components of an aircraft are designed and engineered with an extremely specific shape in order to optimize lift, performance and control. When snow and ice build up on parts of the airframe, they greatly alter the way in which air flows past it, disturbing its aerodynamics. The lift performance can consequently be diminished, reducing the stability and control of the aircraft in flight. Therefore, for the safety of those on board, private jet de-icing is absolutely mandatory so that all snow and ice is removed before take off.

What is the fluid used to de-ice a private jet?

A private jet is sprayed with a heated fluid that has two purposes:

Do all airports have de-icing fluid available?

In 2010 (a particularly cold winter in the UK) Heathrow ran out of de-icing fluid. Some smaller airfields may not have de-icing fluids. At larger airports, and especially at peak airline departure times, there may be a long delay before your aircraft is de-iced.

Which countries are excellent at de-icing private jets?

German and Scandinavian airports are experts in de-icing procedures for private jets.

A private jet customer should never come into contact with de-icing fluid. It is a dangerous chemical that can cause skin irritations and other medical problems. It does however smell of almonds…