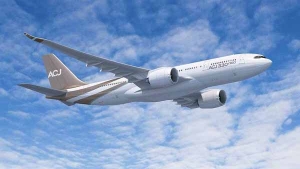 Based on the A330neo commercial airliner, the ACJ330neo will be able to fly 25 passengers for up to 20 hours.

“For customers, such as countries needing to fly heads of state and delegations worldwide on government business, the ACJ330neo offers an unbeatable combination of modern design, proven capability and productivity, as well as being part of the world’s best-selling widebody family,” John Leahy, COO, Airbus.

Powered by twin Rolls Royce Trent 7000 engines, the aircraft is expected to use 12% less fuel than the original A330.

Customer deliveries of the airline version are due to begin in 2018, with the first production slot for the ACJ version reserved for 2019.