Bitcoins for Flights: Charter Operators Enter the World of Cryptocurrency

Previous Next
Bitcoins for Flights: Charter Operators Enter the World of Cryptocurrency

Some charter companies looking to keep up with consumer demand are accepting a new method of payment: Bitcoin. 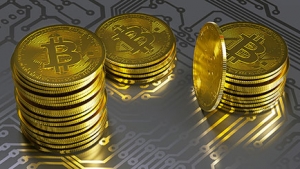 Bitcoin is the world’s first and highest-valued decentralized digital currency, meaning all transactions take place directly between users without a central administrator or intermediary. It is the most recognized example of a cryptocurrency – “crypto” denotes the highly secure encryption that protects data – which are digital assets built from a technology called “blockchain,” a public, unalterable ledger for recording transaction histories.

Originally associated with the underground internet, cryptocurrencies such as Bitcoin (and competitors like Ethereum and Ripple) have become increasingly common in mainstream businesses. There are numerous reasons why charter companies have begun accepting cryptocurrencies – 24/7 transaction ability, faster processing times, lower fees – but the most common factor is customer feedback.

Adam Twidell, founder and CEO of PrivateFly, was initially turned on to Bitcoin’s business possibilities by a question in a post-flight customer review: “Can I pay in bitcoins next time?”

“I started to investigate and couldn’t find a good reason not to accept it,” said Twidell, whose company began taking Bitcoin payments in 2014.

After learning how simple it was to set up the company’s secure cryptocurrency wallet – a software program that effectively stores bitcoins, enables transactions and monitors the user’s balance – the decision ultimately came down to providing the best customer-service experience possible.

“We don’t have the luxury as a charter company to dictate to our customers how they interact with us,” said Twidell. “Bitcoin is just another payment method we put in front of the customer that they’re welcome to use or not use.”

Cryptocurrency payment options may also open doors to new customers. Bloomberg recently reported that more than 58 percent of American Bitcoin investors are between the ages of 18 and 34 and, according to Wasim Omar, flight adviser with PrivateFly, the company’s internal reports show that its Bitcoin customers are on average four years younger than typical customers.

“There was a noticeable drop in interest [in paying for flights with cryptocurrency] when the bitcoin price dropped,” said Gitman, referring to the currency losing nearly 50 percent of its value during a severe market correction at the end of 2017.

Gitman sees a direct correlation between the price of bitcoins and consumer interest in using them as a payment method. If owners believe their investment will be worth more in the future, he says, they’re more hesitant to spend it.

Fabio Hausammann, managing director of Premium Jet AG, which began accepting bitcoins in 2017, believes in its potential to provide enhanced customer convenience, but acknowledged that the unpredictable valuation “is definitely a downside of cryptocurrency.”

“The volatility of the currency is clearly a problem,” said Hausammann. “We looked at it and established an internal calculation model; as a result, when we convert a flight price from Euros to cryptocurrency, we add something in order to shield us a little bit against that.”

One way to limit risk is to immediately realize bitcoins’ cash value by converting them into fiat currencies using exchanges such as BitPay or Coinbase. This minimizes any capital gain or loss, as the IRS currently views bitcoins as property (subject to standard capital asset taxes) and removes the burden of an ongoing requirement to track adjusted basis in the transacted bitcoins.

The ability to quickly convert bitcoin payments into charters’ preferred currency is part of why Gitman is less concerned about a potential crash than with meeting immediate consumer demand.

“Some people say the bubble will burst today, tomorrow, a year from now; some say this is the new way of payment,” he said. “In my opinion, it doesn’t really matter which opinion you personally hold. Whether it will be here tomorrow or not, today it’s a reality.”