US flight activity keeps on rising

Previous Next
US flight activity keeps on rising

The first half of 2017 has been “nothing but positive” for US flight activity, according to the latest data from Argus. 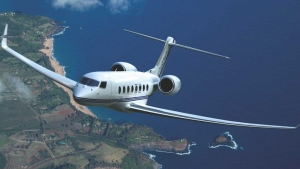 Last year was a great year for the US business aviation, says the aviation service and technology firm, with total flights rising by 90,000+ across the country. And 2017 is shaping up to be even better.

Flight activity is up 3.9% year-on-year (YoY) from 2016 and flight hours rose 6.0% from last year, according to Argus’ 2017 midyear business aviation report.

Specifically, activity for part 135 (charter) operations has been very positive, rising an impressive 10.1% YoY for the first half of 2017. This is a substantial gain from the already positive 5.8% growth for the full year of 2016.

Charter activity has risen every month so far this year compared to 2016. April saw the biggest YoY increase, rising 14.9%. Three of the first six months saw double-digit increases in activity.

Part 91 (private) operations saw a slight drop in activity, declining 0.5% YoY. This slight decline is the result of three months of increased activity and three months of less. May was the month with the biggest increase in activity, seeing a 2.1% rise in private flights.

Argus expects the second half of the year to be more positive for Part 91 activity. The rise in overall flight activity for the whole of 2016 looks to be replicated in the second half, it says in its report.

Fractional flight activity (where multiple owners share the costs of purchase, leasing and operating) increased every month YoY as with part 135. April had the biggest rise, with an 8.5% increase.

The report shows that British part 135 operator GAMA Aviation flew 62,114 hours in the first half of the year, the most of any business jet operator. Executive Jet Management and XOJET followed closely, flying 51,782 and 45,254 hours respectively. These operators also flew the most hours for the whole of 2016.

XOJET flew the most hours in comparison to its fleet size, operating a fleet of 41 jets and flying 45,254 hours. XOJET operates fewer than half the number of aircraft that GAMA does, with GAMA flying 99 aircraft.

Florida topped the number of flights for all American states at 145,660, followed closely by California at 137,312 and Texas at 136,773. This maintains the Southeast’s leading status in private jet flights. The region hit 654,708 flights for the whole of 2016.

The 25 May was the busiest day for flight activity, with 10,972 flights that day. Seventeenth February and 26 May followed close behind, seeing 10,874 and 10,786 flights on each day. The busiest month was June and the busiest days on average were Wednesday, Thursday and Friday, with 9,000+ flights per day.

TRAQPak provide estimates for the rest of the year activity, suggesting that it will continue to rise into the last half of the year. It estimates that August, September and October figures will represents a 2.9% rise YoY.