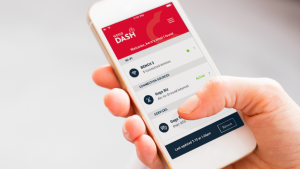 The Federal Aviation Administration has granted Supplemental Type Certification and Parts Manufacturer Approval for the dual-directional antennae that will be used with the Gogo AVANCE L5 system (formerly known as the Gogo Biz 4G LRU).

This means that Gogo can start shipping the system and installing it on business aircraft.

Gogo AVANCE L5 connects to the Gogo Biz 4G network, which uses Gogo’s ground network of more than 250 towers across the US to allow activities such as live streaming video and audio, on-demand films, personal smartphone use, real-time data for cockpit apps, and remote diagnostics and support during flight.

It is part of a group of new products that combine Gogo’s hardware and software technology to create an inflight connectivity and entertainment platform. The Smart Cabin systems – SCS Elite and SCE Media – launched in July, followed by the AVANCE L5 hardware – a box incorporating dual-band Wi-Fi and a host of other features.

“I’m so proud of our team. We told the marketplace that we would launch 4G service in mid-2017, and we met that commitment.”

Gogo’s dealer and OEM partners are pursuing their own STCs, to certify the Gogo AVANCE L5 system for installation on more than 40 business aircraft models. Most other models will be able to have the system installed using existing certifications.

A spokesman for Gogo said the company was “very confident” that dealers and OEMs will get the certifications. “Since we’ve received STC and PMA on the hardware and the dual-directional antennae flying on the Gogo Challenger 600 testbed, there shouldn’t be any reason that STC won’t be secured on other airframes.

“If we can do it – which we have – they should be able to do as well without any issue.”