Previous Next
M600 to tour Africa 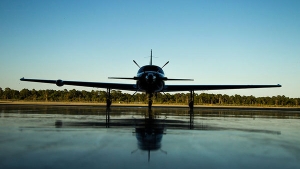 Piper Aircraft and its regional sales representative for Africa, National Airways Corporation (NAC), plan to organize an exhibition tour for the company’s flagship aircraft, the M600, in Africa.

According to a company statement, the tour will occur throughout the entire month of July, with various stops across the African continent. The aircraft will make stops in several key countries, starting in the West coast and continuing through Nigeria, Angola and Namibia to South Africa for a couple of days of performing demonstrations, after which it will travel north along the East coast, through Malawi, Kenya, Ethiopia, and Egypt. This will be the first time that an M600 aircraft is on display in Africa.

“NAC has been successfully representing Piper in our territory for the past seven years and we are thrilled to be able to bring the latest Piper model to our customers in Africa,” adds NAC Aircraft Executive Director JP Fourie. “This aircraft is perfectly suited for the conditions in our region.”

The Piper M600 features a new, clean sheet design wing and a sophisticated Garmin G3000 touchscreen-controlled glass flight deck. The M600 seats six and is powered by a Pratt & Whitney PT6A-42A 600shp engine. The aircraft has a maximum cruise speed of 274 ktas/507 km/h, a max range of 1,484 nm / 2,748 km, and a standard useful load of 2,400 lbs. / 1,089 kg. The G3000 avionics suite is the next generation of Garmin architecture, offering the most comprehensive, intuitive, and technologically advanced package on today’s market.