Pilatus will cease production of its PC-6 multirole trainer in 2019 after a 60-year run. The decision follows poor sales of the single-engined turboprop, also known as the Porter, and limited development opportunities for the platform. 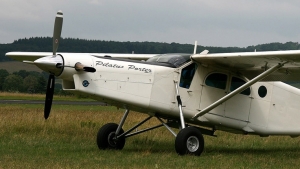 “The PC-6 no longer fits our product portfolio,” says Pilatus chairman Oscar Schwenk. “Due to its age and other certification parameters, it is no longer possible to provide ongoing development in the scope we would wish.”

The company has produced some 500 PC-6s at its Stans headquarters in Switzerland since 1959. In addition about 100 PC-6s were built in the USA under licence.

In recent years the short take-off and landing type has been manufactured in “small numbers,” Pilatus says. Flight Fleets Analyzer records deliveries of nine PC-6s in 2016 and none in the first six months of 2017.

Schwenk says while the PC-6 gave Pilatus “fame and recognition worldwide”, every product has a finite lifespan. “That moment has arrived for the PC-6,” he says.

The PC-6 is well known for its short takeoff and landing capabilities and general versatility. Among its achievements, the Pilatus Porter holds a world record for flying several cargo and passenger trips at maximum useful load to 18,700 feet (5,700 meters).

Pilatus is now switching its focus to the in-development PC-24 superlight business jet which is on track for certification and service entry in the fourth quarter: “The PC-24 requires our full attention,” Schwenk says.

The company will accept orders for the PC-6 until mid-2018 and will continue to provide product support for at least another 20 years.