TAV Airports has included Qassim and Hail airports in Saudi Arabia to its portfolio following Madinah and Yanbu. TAV, with its partner Al Rajhi Group, will develop the two airports and operate them for 30 years.

Saudi General Authority of Civil Aviation (GACA) has disclosed that they have selected TAV Airports, in partnership with Al Rajhi Holding Group, for operating Qassim and Hail International Airports for 30 years. Upon the closing of the selection process, the number of airports operated by TAV worldwide will reach 17 and the company will be operating four airports in Saudi Arabia.

TAV Airports President & CEO Sani Şener said: “TAV has become one of the world’s highly-preferred brands thanks to the know-how acquired in airport construction and operation business. TAV’s success in the Madinah Airport project, which was the first airport privatization project in Saudi Arabia, opened new doors in this country. In the last two months, TAV has been selected by the Civil Aviation Authority of Saudi Arabia for the development and operation of three more airports. With the addition of Qassim and Hail to our portfolio, the number of passengers in Saudi Arabia will increase to 10.5 million per annum; while the number of passengers at all airports abroad will reach 25 million. TAV has its signature in the capital city airports of six countries in the Gulf Region, which is the most challenging market of the world. We sustain our growth in the region by working in harmony with our local partners. Furthermore, we continue seizing the opportunities at various regions worldwide.” 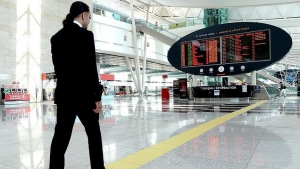 Located in the center of the Arabian Peninsula, Qassim is one of the 13 administrative regions of Saudi Arabia. Qassim Airport is the gateway to the region, where the majority of the country’s agricultural production takes place and is a significant tourism destination, and 12 airlines including Turkish Airlines launch scheduled flights to the airport.