Piper says all 39 of its M600 single-engined turboprops that were grounded in July while the company investigated the extent of a supplier production error have now returned to service having successfully passed inspections. 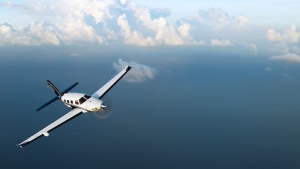 The US airframer issued a mandatory service bulletin to the owners and dealerships in possession of M600s after it discovered cracking of the aft wing spar during final assembly.

An airworthiness directive was issued on 9 August by the Federal Aviation Administration, requiring inspection of the structure and repairs as necessary before the next flight.

The airworthiness directive says: “A quality escape during manufacturing resulted in an understrength part, and these nonconforming parts may have been installed on some of the affected airplanes. This condition, if not corrected, could result in failure of the aft wing spar and lead to wing separation with consequent loss of control.”

Piper says it “voluntarily grounded the fleet” to ensure that “all fielded aircraft met requirements, which they have”.

To allay any concerns, Piper says it has extended the manufacturer’s warranty for all wing-structure components from five to seven years.